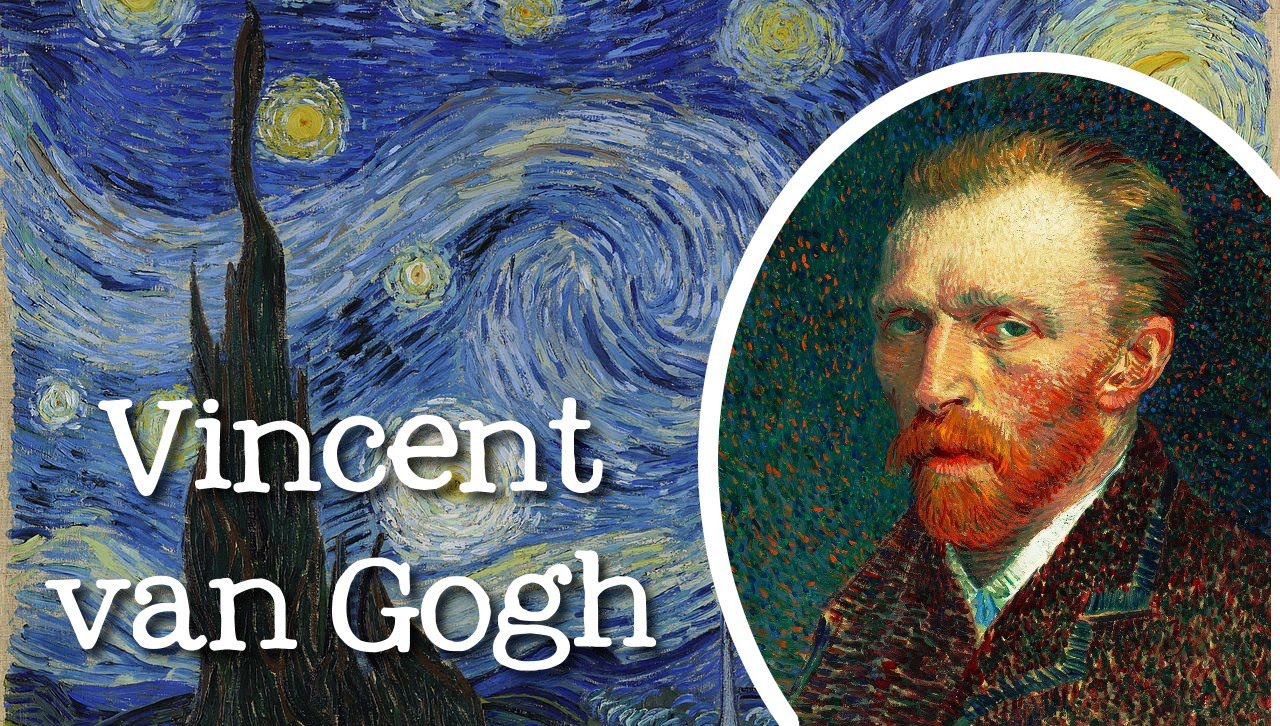 Vincent van Gogh was born on March 30, 1853, in Groot-Zundert, Netherlands. Van Gogh was a post-impressionist painter whose work, notable for its beauty, emotion and color, highly influenced 20th century art. He struggled with mental illness, and remained poor and virtually unknown throughout his life. Van Gogh died in France on July 29, 1890, at age 37, from a self-inflicted gunshot wound.

Loving Vincent is an investigation delving into the life and controversial death of Vincent Van Gogh, one of the world’s most beloved painters, told by his paintings and by the characters that inhabit them. The intrigue unfolds through interviews with the characters closest to Vincent and through dramatic reconstructions of the events leading up to his death.

Loving Vincent features over one hundred and twenty of Vincent Van Gogh’s greatest paintings. The plot, drawn from the 800 letters written by the painter himself, lead us to the significant people and events in the time leading up to his unexpected death.

Loving Vincent will be the world’s first feature-length painted animation, and is brought to you by Oscar winning film companies Breakthru Films and Trademark Films. Every frame in the Loving Vincent movie is an oil painting on canvas, using the very same technique in which Vincent himself painted. 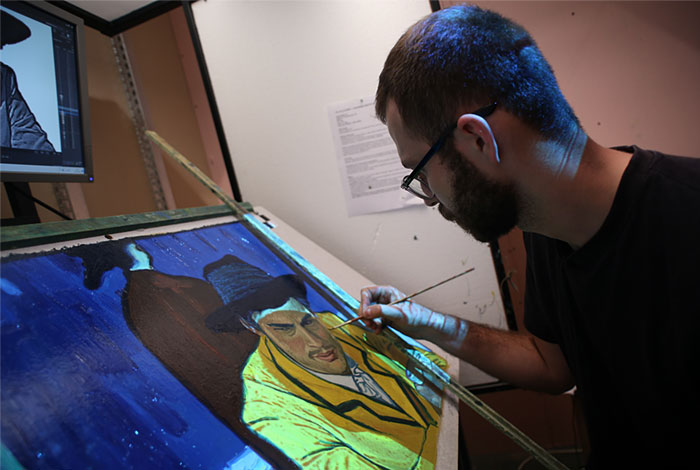 Loving Vincent: behind the scenes/easels: 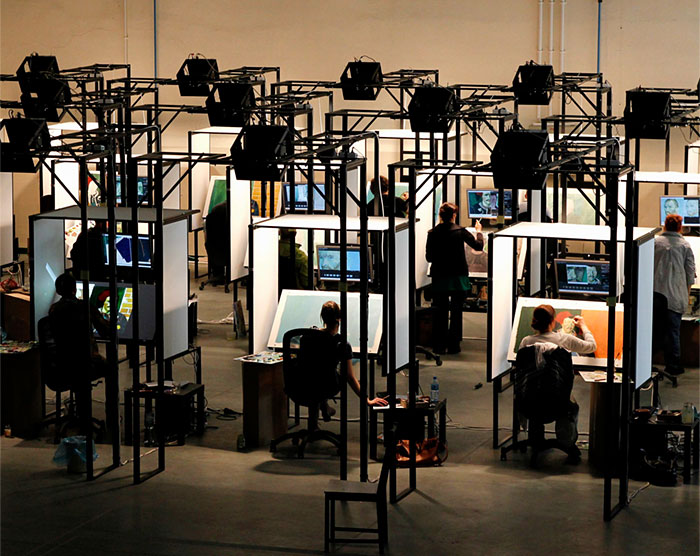 I feel very emotional to see this incredible peace of art attach to the movement to complete as film, I am very much looking forward to see the final result which will be another master peace to the legacy of Vincent Van Gogh as we had watched on the trailer it a joy for our eyes to take in.

The film is currently looking for ‘high-level oil painters available for training and employment between January and August of 2016’ to work on the movie. You can apply here and support the project on Kickstarter. 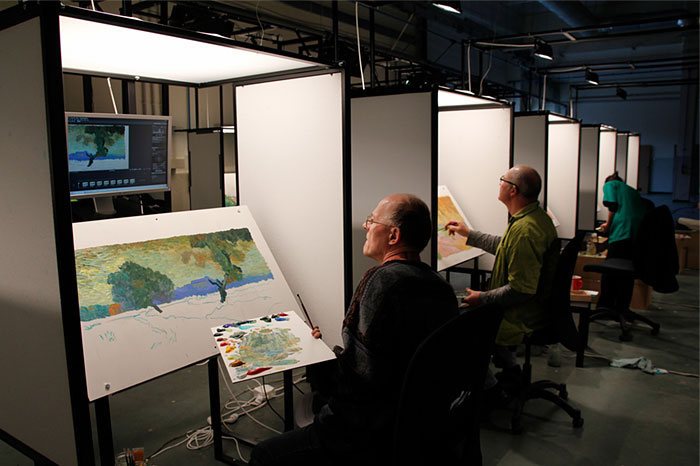 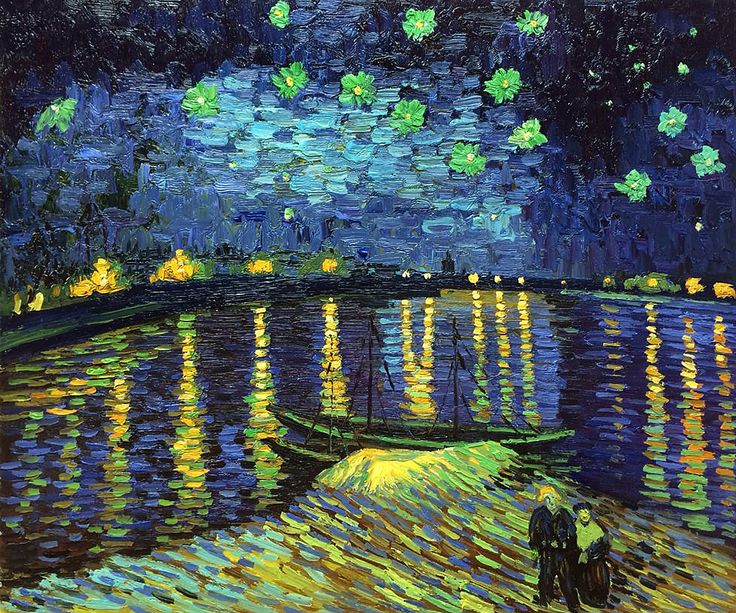 How the movie is making it, watch all the process.

Van Gogh’s art helped him stay emotionally balanced. In 1885, he began work on what is considered to be his first masterpiece, “Potato Eaters.” His brother, Theo, by this time living in Paris, believed the painting would not be well-received in the French capital, where impressionism had become the trend. Nevertheless, van Gogh decided to move to Paris, and showed up at Theo’s house uninvited. In March 1886, Theo welcomed his brother into his small apartment. 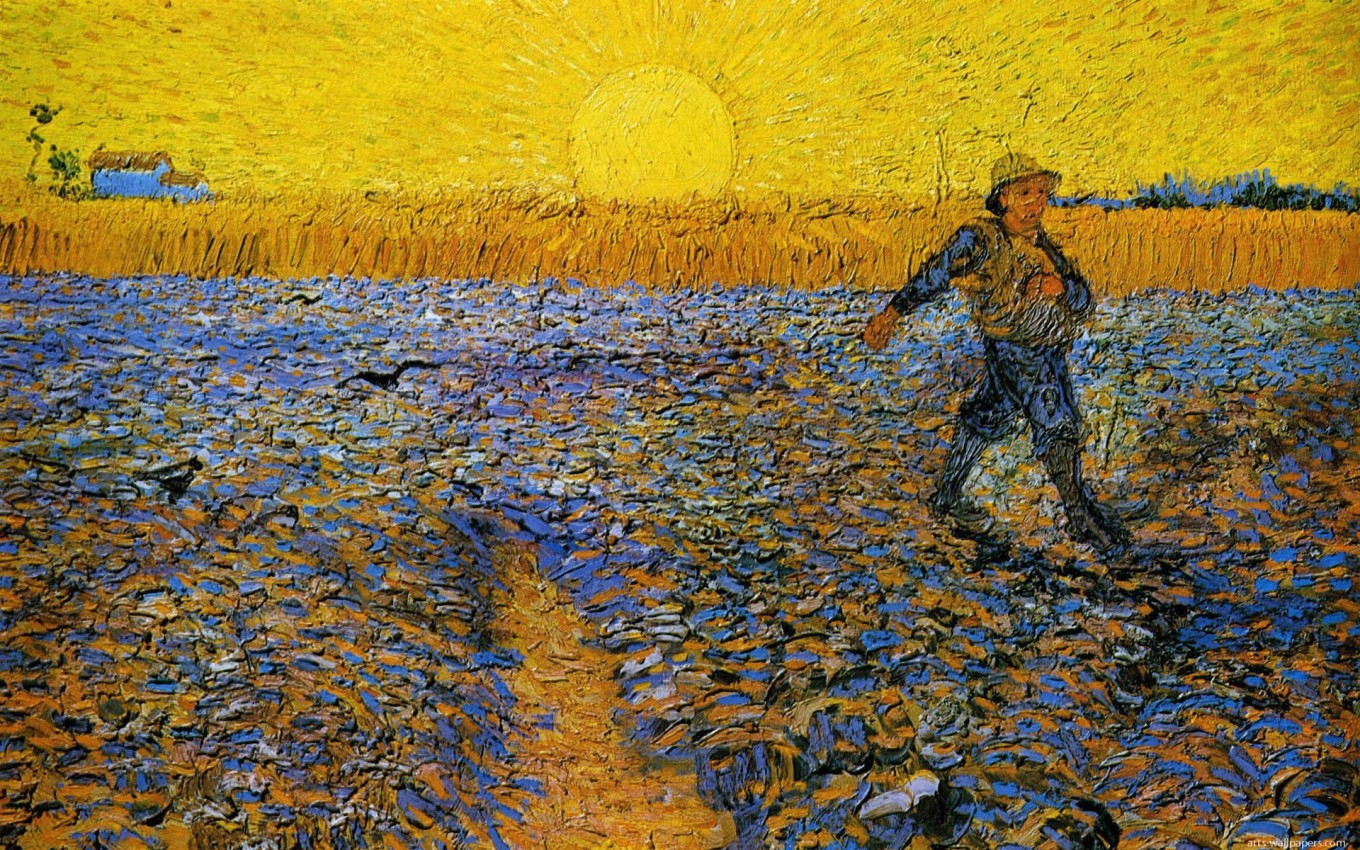 In Paris, van Gogh first saw impressionist art, and he was inspired by the color and light. He began studying with Henri de Toulouse-Lautrec, Pissarro and others. To save money, he and his friends posed for each other instead of hiring models. Van Gogh was passionate, and he argued with other painters about their works, alienating those who became tired of his bickering. 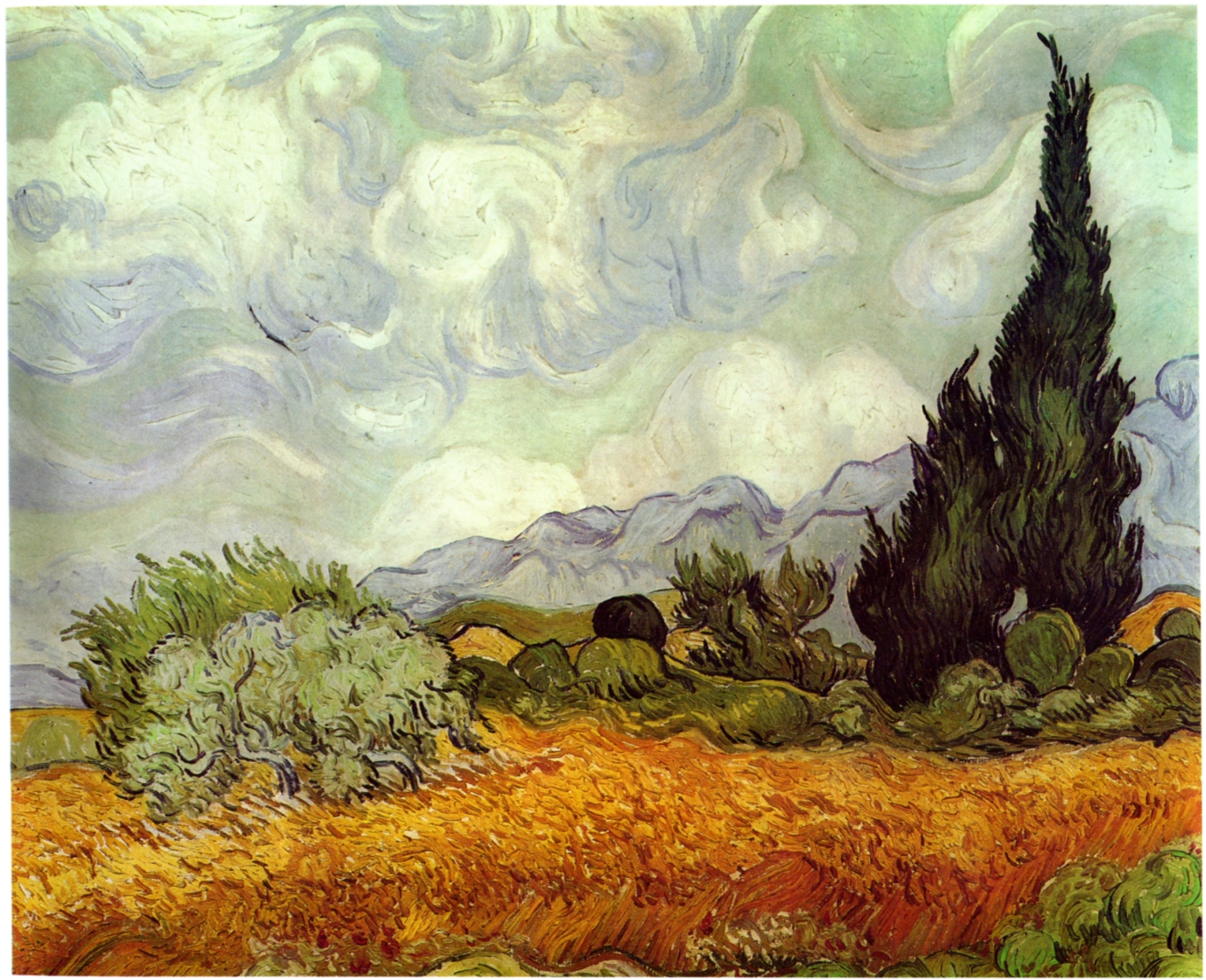 Van Gogh became influenced by Japanese art and began studying eastern philosophy to enhance his art and life. He dreamed of traveling there, but was told by Toulouse-Lautrec that the light in the village of Arles was just like the light in Japan. In February 1888, van Gogh boarded a train to the south of France. He moved into the “little yellow house” and spent his money on paint rather than food. He lived on coffee, bread and absinthe, and found himself feeling sick and strange. Before long, it became apparent that in addition to suffering from physical illness, his psychological health was declining; around this time, he is known to have sipped on turpentine and eaten paint. 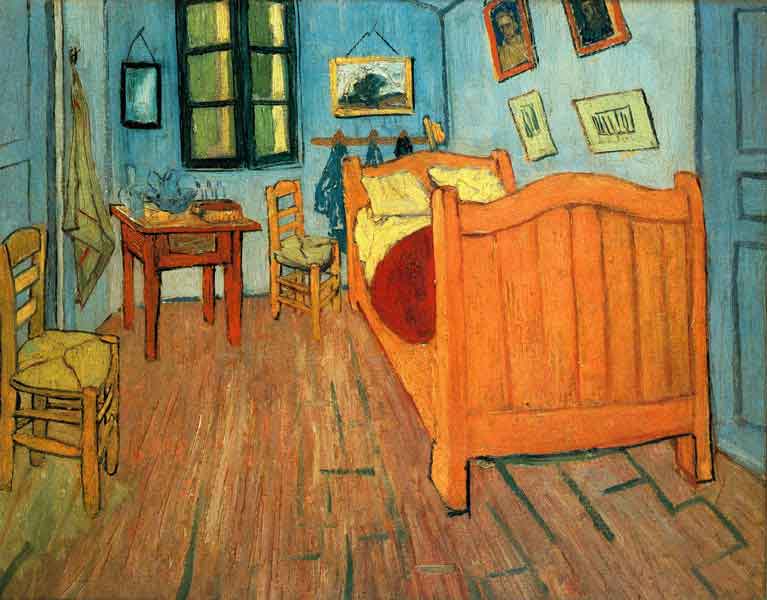 Theo was worried, and offered Paul Gauguin money to go watch over van Gogh in Arles. Within a month, van Gogh and Gauguin were arguing constantly, and one night, Gauguin walked out. Van Gogh followed him, and when Gauguin turned around, he saw van Gogh holding a razor in his hand. Hours later, van Gogh went to the local brothel and paid for a prostitute named Rachel. With blood pouring from his hand, he offered her his ear, asking her to “keep this object carefully.” The police found him in his room the next morning, and admitted him to the Hôtel-Dieu hospital. Theo arrived on Christmas Day to see van Gogh, who was weak from blood loss and having violent seizures 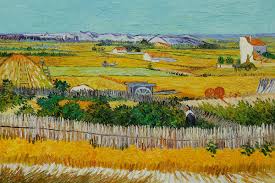 On January 31, 1890, Theo and his wife, Johanna, gave birth to a boy and named him after van Gogh. Around this time, Theo sold van Gogh’s “The Red Vineyards” painting for 400 francs.

Also around this time, Dr. Paul Gachet, who lived in Auvers, about 20 miles north of Paris, agreed to take van Gogh as his patient. Van Gogh moved to Auvers and rented a room. In May 1890, Theo and his family visited van Gogh, and Theo spoke to his brother about needing to be stricter with his finances. Van Gogh became distraught about his future, thinking that Theo meant he was no longer interested in selling his art. 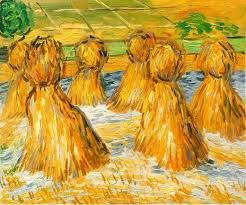 On July 27, 1890, van Gogh went out to paint in the morning as usual, but he carried a loaded pistol. He shot himself in the chest, but the bullet did not kill him. He was found bleeding in his room. Van Gogh was taken to a nearby hospital and his doctors sent for Theo, who arrived to find his brother sitting up in bed and smoking a pipe. They spent the next couple of days talking together, and then van Gogh asked Theo to take him home. On July 29, 1890, Vincent van Gogh died in the arms of his brother. He was 37 years old. 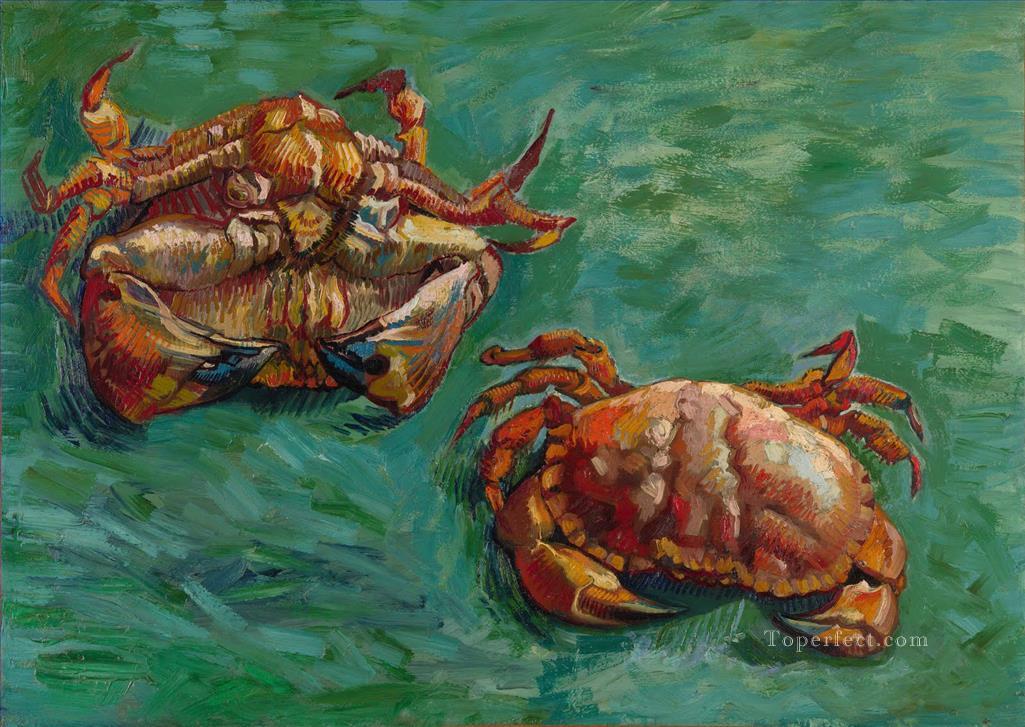 Theo, who was suffering from syphilis and weakened by his brother’s death, died six months later in a Dutch asylum. He was buried in Utrecht, but in 1914 Theo’s wife, Johanna, who was a dedicated supporter of van Gogh’s works, had Theo’s body reburied in the Auvers cemetery next to Vincent. 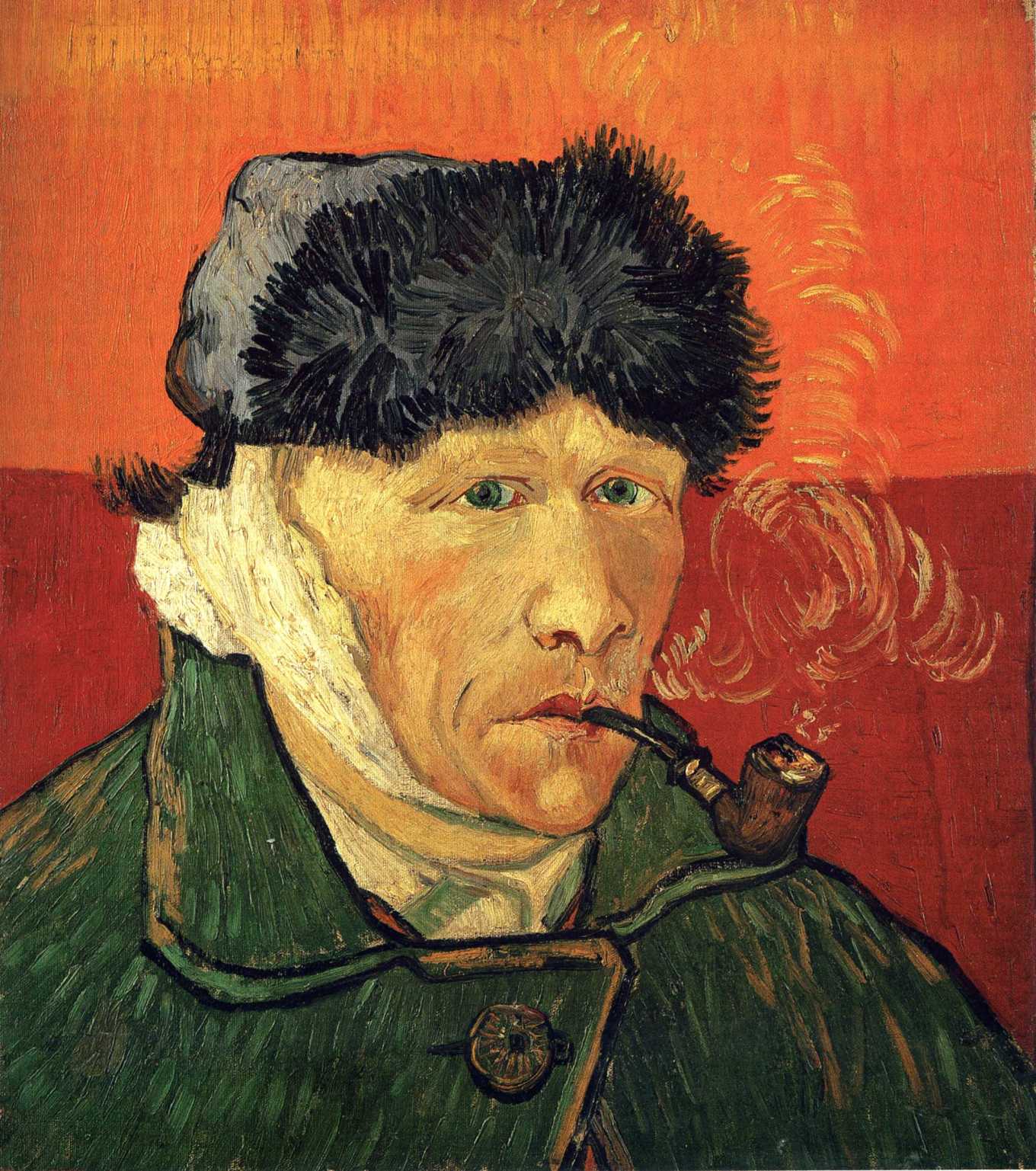 Johanna then collected as many of van Gogh’s paintings as she could, but discovered that many of them had been destroyed or lost, van Gogh’s own mother having thrown away crates full of his art. On March 17, 1901, 71 of van Gogh’s paintings were displayed at a show in Paris, and his fame subsequently grew enormously. His mother lived long enough to see her son hailed as an artist and a genius. 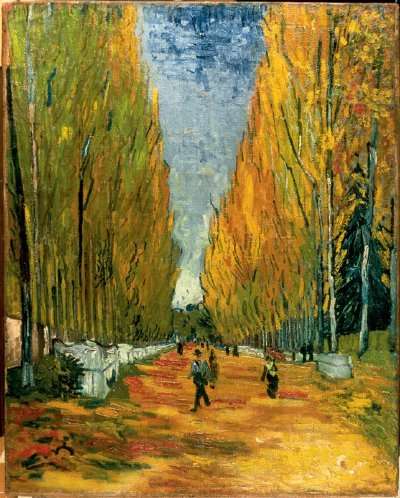 Today, Vincent van Gogh is considered the greatest Dutch painter after Rembrandt. He completed more than 2,100 works, consisting of 860 oil paintings and more than 1,300 watercolors, drawings and sketches. Several of his paintings rank among the most expensive in the world; “Irises” sold for a record $53.9 million, and his “Portrait of Dr. Gachet” sold for $82.5 million. 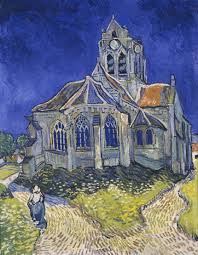 After more than 100 years since van Gogh’s death, more of his artwork was released. A painting of a landscape entitled “Sunset at Montmajour” was discovered and unveiled by the Van Gogh Museum in Amsterdam in September 2013. Before coming under the possession of the Van Gogh Museum, a Norwegian industrialist owned the painting and stored it away in his attic, having thought that it wasn’t authentic. The painting is believed to have been created by van Gogh in 1888—around the same time that his artwork “Sunflowers” was made—just two years before his death. 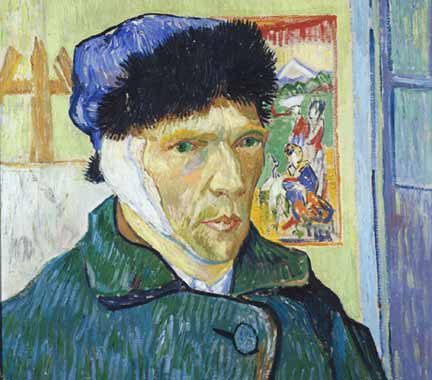 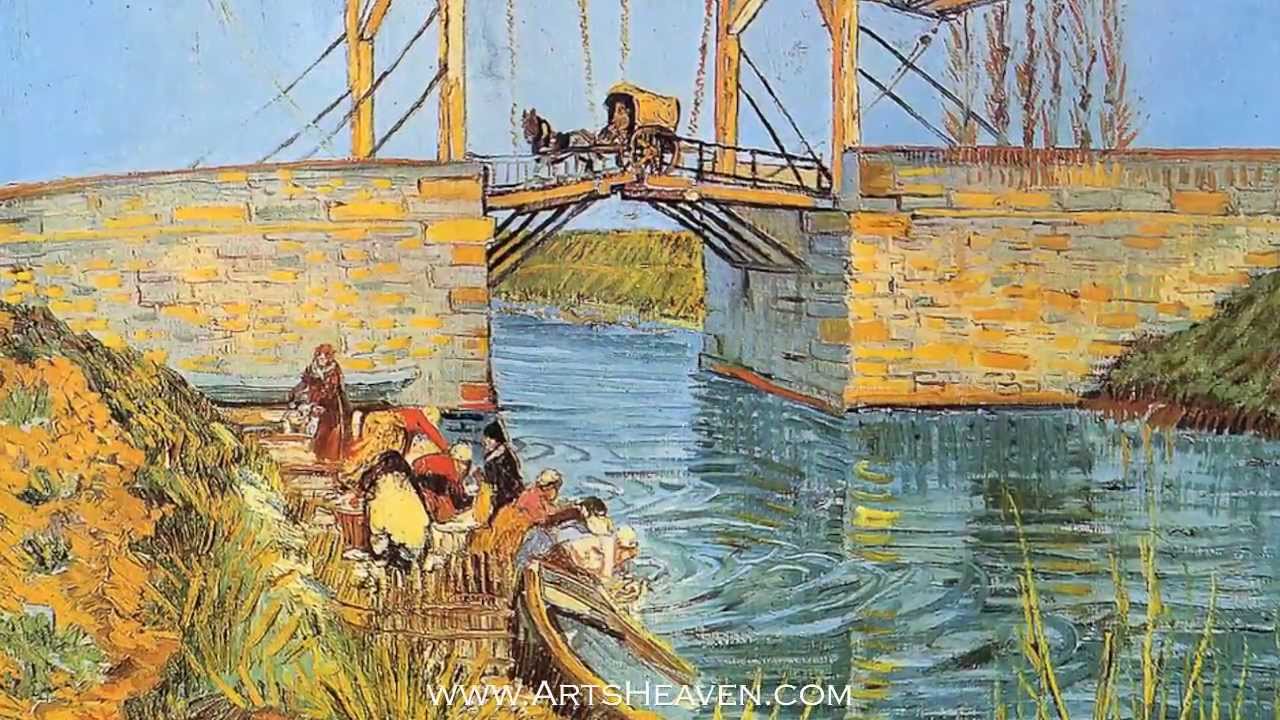 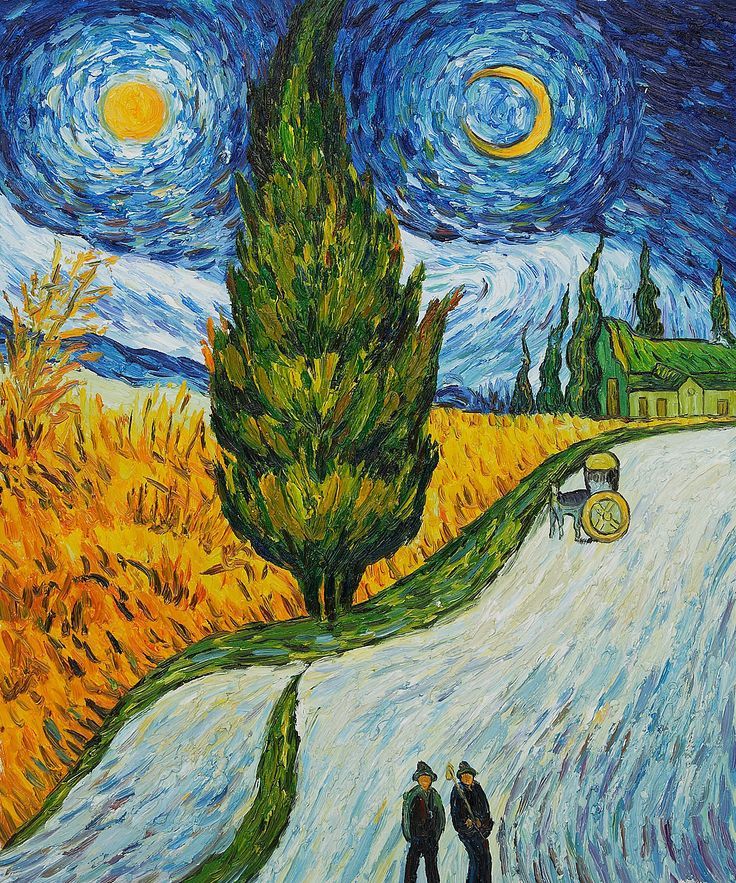 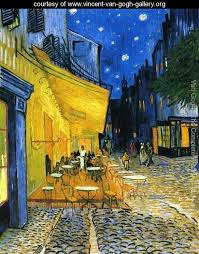 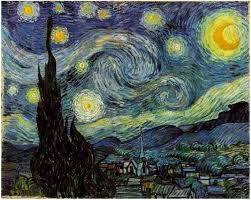 Wrote for C.Donoso by Positive Diva 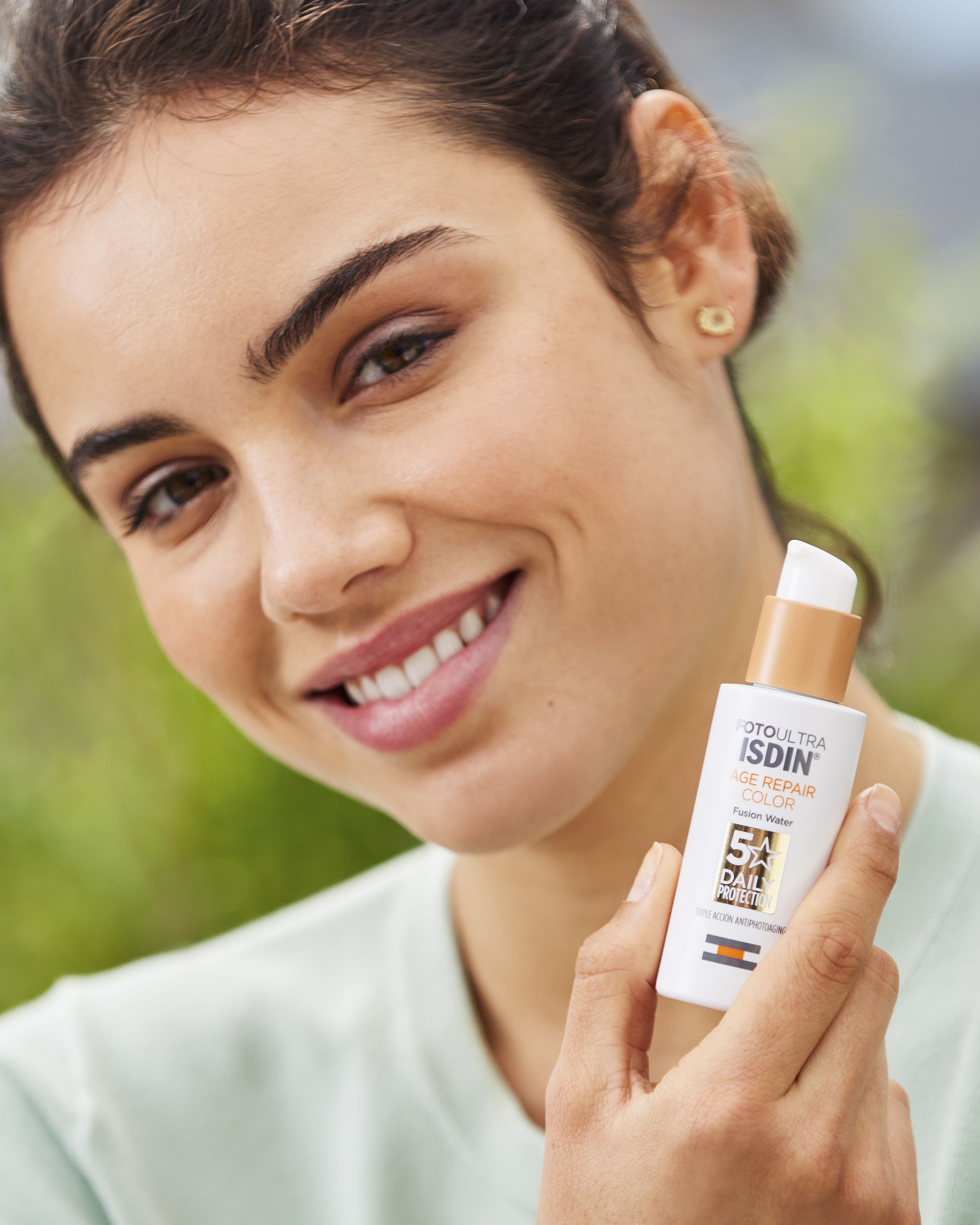